Several years ago, I managed to record a spawning sea cucumber on a night dive. The excitement was astounding as I went to download the footage of this incredibly rare thing I had never seen.  After rinsing gear, making the long trek hauling gear to my room and finally getting sat down late at night, I couldn't wait any longer.

But, instead,  my worst nightmare for video footage had occurred: SD CARD ERROR.

"I'll never see that again", I thought. But I was wrong.

Night Dive With the Sea Cucumber 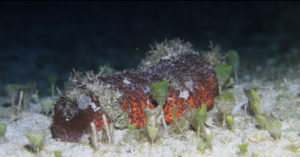 We began our dive at sunset, a beautiful twilight night dive just after a full moon.  The reef was starting to pick up with excitement on our quest to find the octopus.  It was only on the return back to the entry point where I was finally able to see the same sea cucumber I had seen less than an hour ago, looking like as lifeless as always. 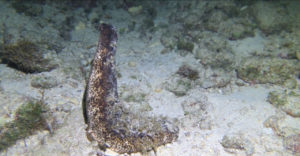